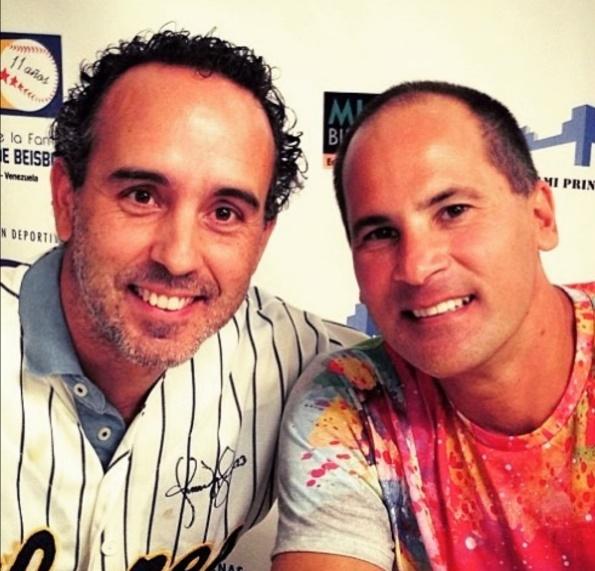 21/01/2022 - Can the best defensive shortstop in history be left out of the HOF? well, if the ratio of votes holds, the Caracas born Short-stop could be saved from one of the worst relapses of a Hall of Fame candidate in recent times.

After 163 (44.1%) ballots revealed, the Venezuelan remains with 11% of the votes, being 5% the minimum required to be able to run again next year (information provided by the 2022 BBHOF Tracker).

Now, if we look at the moral requirements of the HOF, to be exalted or immortalized by the institution it is preferred that the aspirants, apart from having the sporting merits, be impeccable in their private life. At least that seems to be the jurisprudence of the election.
Hence the debacle of the 11-time Gold Glove award winner. Although the sporting merits are there, since the two allegations against him in the last two years have had a lot of weight in the electorate's decision and the public opinion.
In 2020, after being accused and exposed on social medias by his ex-wife, we did not see a debacle as dizzying as today, after the second allegations of sexual harassment made by the bat-boy when he was a manager of a Chicago White Sox minor-league team.
Today, the accusations made by Vizquel's ex-wife were dismissed by the court, as he informed on Social media on December 24th 2021, and, despite the announcement, the trend remains the same, being just above the minimum required to remain on the ballot next year.
In view of this, such denunciation of domestic and psychological mistreatment has little weight in the electorate in front of the second allegations made by the bat-boy, which did reverse the upward trend that the player had and endangers his presence on the ballot for 2023.
In my opinion, if luck accompanies the Venezuelan in the next ballots, the verdict of justice should be taken into account, since only justice determines whether a man is guilty or innocent and as long as that does not happen, no one can be excluded (however difficult it may be when there are feelings involved) from something as important as the inclusion in the hall of immortals of Cooperstown.
It is true that the second accusation is very serious, since it involves sexual harassment of a person with special abilities and in my opinion: it would justify the absolute exclusion from the hall of fame of the former MLB player and of any player who aspires to immortality, but until this does not happen, in my opinion it would be an outright mistake to anticipate a possible sentence against the best defensive shortstop in all history of the big show.
It would be a big mistake for the voters to sentence him before a court, since, on the field, during his career in MLB, he was an impeccable player, an example, a reference and an inspiration for many, he was an idol in the clubs and cities where he played shortstop.
I hope Omar can wait for the resolution of the allegations with his name on the ballot and then any decision will be made by the voters to keep him, exalt him or exclude him from the HOF.
What do you think?
Written by: Berny Rodz
Photo credits: @rafi0970
Share Share on Facebook Tweet Tweet on Twitter Pin it Pin on Pinterest
Back to The Baseball Blog